You can battle your friends (and why not enemies) safely, without the fear of death loss, in the various battle arenas and in the warzone (called Veranga). There are battle arenas located in almost every city. To enter a battle arena, stand on the marked tiles near the arena lever and pull the lever. At least 2 people who have reached level 4 or higher are required.

To enter the warzone talk with your local Veranga NPC - Will in Ellaria, Bruno in Bersund, Drake in Karkkila, Karen in Caerfa and Koga in Ben Qarassih. You can only enter the warzone once every 20 minutes, and can not enter with a red or a blue skull active. It is, however, possible to stay in the warzone for as long as you like. 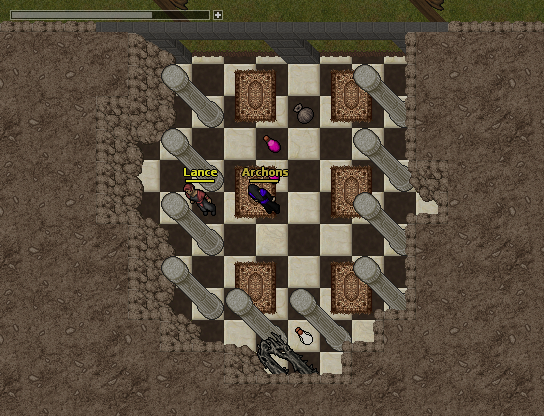