Published: Monday, December 23, 2019
Zezenia Online 7.2 is here! As always, the update will be automatically downloaded once you log in. Steam users may need to restart Steam to download the update. Alternatively, you can download the game here.

Santa Claus is back in town! Visit Santa in Ellaria for your presents. And be sure to ask if he needs your help with something? Captain Nils in Bersund may also have a Christmas problem. 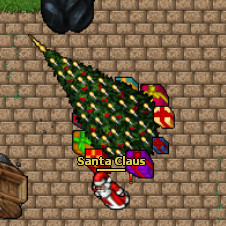 The beginner city Eidos has received a complete facelift with a focus on helping new players get introduced to the game! A new Beginner Tutorial will help players learn the basic mechanics of Zezenia Online and dispatch them on their adventure. 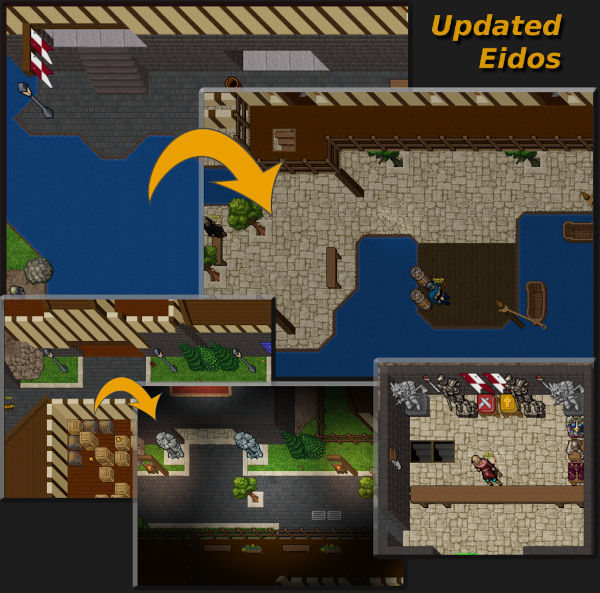 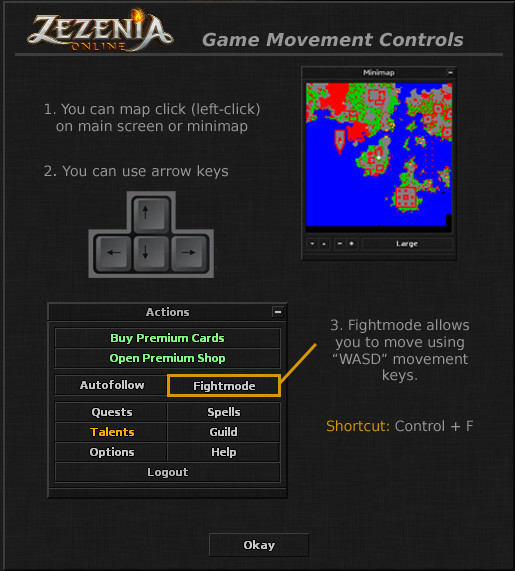 If you own a house in Eidos, don't worry: you will find your house items in your depot.

There are also various new quests to discover and solve around Eidos. Be sure to check out the Beginner Island just south of the city, no matter which level you are at!

We will continue to iterate on the beginner experience to make sure that Zezenia is more accessible to newcomers. This is the first step in improving one of the most important parts of the game and acquiring new players!

Parties have received a major upgrade! You will now see your companions on the minimap, making sure you never get separated from your friends. Various other improvements are also in place: the party leader can now be reassigned, and party invites can be easily accepted from a popup window. 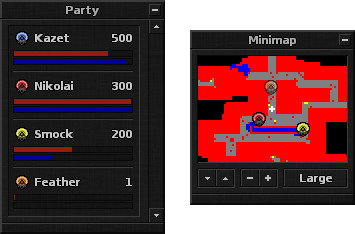 You will find a new Stamina meter on your character, which refills every 24 hours. Every day, you will receive 50% more experience for approximately an hour of gameplay. And of course, this stacks with Experience Boost Scrolls for the most efficient hunts.

To begin correcting the imbalance between classes and subclasses particularly in PvM there have been numerous spell tweaks. Mages will notice new damage patterns on certain spells. Warlock and Shaman PvM damage formulas have been improved.

Rangers have received a long desired AoE spell, Hellish Volley, to liven up those party hunts, as well as reworked formulas for spell damage.

In addition, rangers have received their previous defending skill table back, while the melee skill table for mages has been weakened.

Last but not least, a number of spells have had their cooldown reduced to prevent hunt downtime.

Many improvements and fixes have been made to everyday functions! Among other things:

Heal, damage and loot messages are now placed in a new Log chat tab,
Kill counters are now always visible, and will display the name of the NPC you are working for,
Currently equipped items will no longer be considered for sale in NPC dialogs,
Items can be dragged directly into hotkey slots,
The chat box will no longer scroll down on a new message when browsing the backlog,
Expensive dungeon tickets are no longer consumed for gold dungeons,
Your health and mana points will now refill on Level Up as a reward for your hard work.

Thank you for your patience on this update! We hope you enjoy it, and we have more in store! Please let us know what you think, and if you find any issues.


Quoting Full changelog for Zezenia Online 7.2:
- New Eidos and Beginner Tutorial.
- Added daily stamina: for approximately one hour of gameplay, a 50% experience boost is given. Stamina recovers in 24 hours.
- Party members can now be seen on the minimap and world map. Party invites can be accepted or rejected from a new popup dialog. The party leader can reassign leadership to another party member.
- Ranger defense skills have been reverted to their previous values. Mages now gain melee skill levels with a harder formula.
- Added various new miniquests and NPC's.
- Added a new Ranger spell: Hellish Volley with targeted Area of Effect.
- Cross of Annihilation pattern changed.
- Hailstorm is now a targeted spell.
- Advanced Soulfire damage changed to scale better and pattern changed.
- Energy Blast damage changed to scale better.
- Inferno now has radial damage.
- Energy Ball and Energy Ball Support spells have been removed.
- Rogue Spread shot pattern changed.
- PvM damage boost added to mage single target spells.
- PvM damage boost to ranger single target spells.
- Cooldown of Fortification, Frenzy, Belligerent Focus and Offensive Imminence reduced.
- Life Steal and Magic Resist Potion %s have been reduced slightly due to power creep.
- Arnes task line has been extended by 1 quest and total training reward increased.
- New brewing NPC and location in Southeast Eidos. Quest completion is required to attain Light and Gathering Speed Recipes.
- Damage, heal and loot messages are now placed in a separate Log chat tab.
- Health and mana are now recovered on level up.
- Kill tasks now display the NPC the counter is from.
- Currently equipped items are no longer considered for sale to NPC's.
- Items can be dragged directly into hotkey slots.
- The chat will no longer scroll down when browsing the backlog.
- Right clicking NPC's now shows a menu with the option to talk.
- Dungeon tickets are no longer consumed in dungeons with a gold entrance fee.
- Bug fixes.

New to Zezenia? Register Free Account!
Register now and get 3 days of Premium Time for free!