Published: Thursday, June 11, 2020
Zezenia Online 7.3 is here! As always, the update will download automatically and you can find the latest client here. Steam users may need to restart the Steam app to receive the update.

Here are some of the highlights, and you will find the full changelog below:


Elite monsters are a new class of rare spawns in addition to enraged monsters! Elites are fierce and tough with three times the HP and twice the damage. They reward brave hunters with 10x experience and almost guaranteed rare drops!

You will recognize elite monsters from their eerie black glow and icon. Be careful!

Entering a dungeon now has a small chance of taking your party to a Bonus Dungeon! Clear the bonus and its unique monsters to find the treasure chest! Bonus dungeons are available on dungeons with premium card entry. 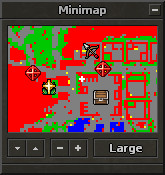 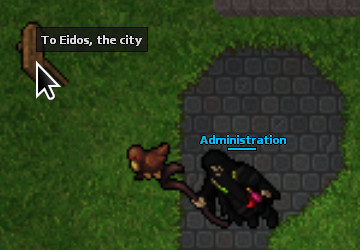 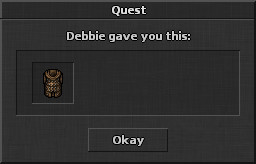 PvP death loss recovery has been replaced with a PvP blessing available from NPC Albert in Bersund. Blessed players lose 50% less experience when dying in PvP combat. Deaths from before the update are still recoverable in any temple.

Murder state is now gained from 5 unjustified kills in a day, 10 kills in a week or 15 kills in a month. Murderers may drop one to two items on death, and serial murderers will always drop items. Bags are not dropped. They may bribe NPC Collin or Lasse with gold to remove their skull.

Elysium and Pharos have moved to new hardware! Our new game server features cutting edge hardware and is located in a new North American data center. We hope that this gives the best lag free experience for players yet. Let us know what you think.

This is just a peek at some of the new things in the update! There are countless tweaks, improvements and fixes. You can review the full changelog below:

- Added Bonus Dungeons. Players entering a dungeon with Premium Card entry have a chance to be sent into a bonus dungeon. Bonus dungeons feature new monsters and treasure chests to open.

- PvP death loss recovery has been replaced with PvP blessings from NPC Albert in Bersund. Deaths from before the update are still recoverable.

- Stamina consumption is now based on gained experience. Stamina recovers when the player has not gained any experience for 15 minutes.

- Added rotation controls: CTRL, Space, or Shift + WASD can be used to turn as well as CTRL + right-clicking your character.

- Kill counters can now be minimized separately from the experience calculator.

- Improvements to many raids, from changed spawns to improved loot and quests.

- Brewing skill now increases the strength of most brewable potions for the player.

- Added an on screen warning when running out of arrows and projectiles.

- NPC Hefferin is visiting Ellaria Castle temporarily. He is a bag trader and will accept empty Warriors Rucksacks for a Magicians Bag or Rangers Satchel.

- Drunken players will no longer stumble out of protection zones.

- Special outfits can now be changed out of easily.

- Fixed the Mainlander achievement. If you haven't received yours, talk to Jasmine in Eidos.

- Murderers may drop one item on death. Serial murderers always drop one or two items on death. Bags are not dropped. A skull can be paid off with gold at NPC Collin.

- The movement slowdown for serial murderers has been reduced.

- A number of new spell icons.

- Gathering speed has been increased in exchange for more gatherables on completion.

- Some items have had additional stats adjusted to fit with subclass changes.

- Experience boost scrolls sold on the Premium Shop now last for two hours. (Scrolls currently in rotation are not affected).

- The attack statistic of the currently equipped weapon now adds a 1-11% boost on many spells.

- Added Shield Slam, a high damage single target close quarters spell with a chance of stunning the enemy. The defense strength of the equipped shield effects the spell.

- The Desolation spell has been removed.

- Holy Sword cooldown has been reduced from 30 seconds to 20 seconds.

- Holy Sword Support has been removed.

- Added new two handed weapons. Barbarians may still wield a one hand weapon with a shield when needed.

- Bloody Cross has been replaced with Shockwave, a frontal AoE spell.

- Rage of Fury now inflicts more damage in front of the caster.

- All bows now have defensive stats similar to wands.

- Enchanted Javelin is now a base Ranger spell. The cost and cooldown has been adjusted.

- Blood Theft has been replaced with a new heal over time spell Meditation.

- Hellish Volley cooldown has been increased to 3 seconds with damage adjusted accordingly.

- Spread Shot damage has been adjusted.

- Ruthless Execution is now available to use at <30% HP. PvM damage has been boosted significantly. Cooldown and cost have also been adjusted.

- All mage buffs (Fortitude Growth, Absorbing Aura, Fire Shield) have been reduced in strength slightly. This change is a < 5% increase in damage taken.

- Mage Natural Magic Resistance vs other mages in PvP has been adjusted slightly targeting levels 500+. Most players will not notice any change.

- Advanced Soulfire pattern and damage has been adjusted.

- Raise of Pace Spell has been reduced significantly in both duration and speed boost.

- Cross of Annihilation cooldown has been reduced to 3 seconds from 6 seconds.

- Holy Sword has been removed.

- Meteor Shower has a new damage mechanic, formula and animation.

- Inferno radial damage has been adjusted to decrease damage more strongly at the edges.


This update is the result of half a year of work, and we're happy to share it with you! There's a lot more coming for Zezenia Online, so please stay tuned.